Context: Uranium deposits in India: The Department of Atomic Energy (DAE) has confirmed that “small deposits” of uranium were found at Kasha Kaladi in Shimla and Tileli in Mandi district of Himachal Pradesh. 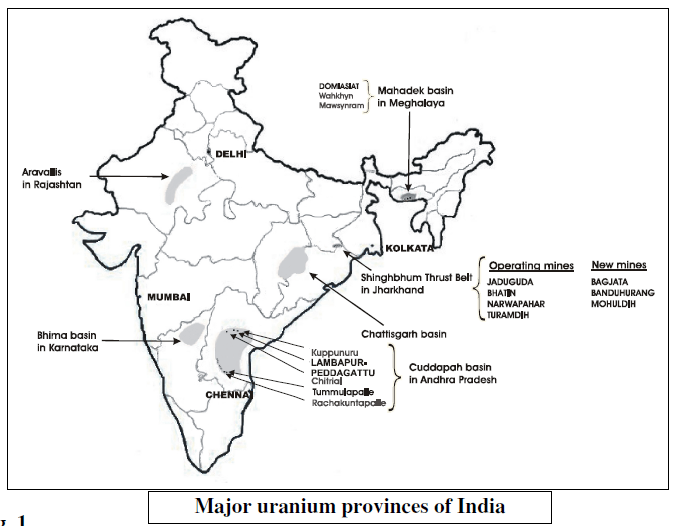