What is the Sarna religion?

What sense does a separate code make? 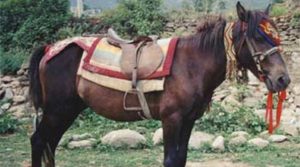 INTERPOL and types of Notices

Why is the Red Notice important?

Who can accept Foreign Contribution?

Why is FCRN Act in news in the recent past?

7.Swami Vivekananda and His contributions to India and the World (TH)

Context: PM to unveil the life-size statue of Swami Vivekananda at the campus of Jawaharlal Nehru University.

The ideals of Swami Vivekananda are as relevant today as they were during the life of Swami ji, which laid emphasis on serving the masses and empowering the youth of the nation strengthens the country physically, mentally, and spiritually as well as enhances the global image of the Nation.

Swami Vivekananda, known in his pre-monastic life as Narendra Nath Datta, was born in an affluent family in Kolkata on 12 January 1863.

He graduated from Calcutta University, he had acquired a vast knowledge of different subjects, especially Western philosophy and history.

Born with a yogic temperament, he used to practise meditation even from his boyhood and was associated with Brahmo Movement for some time.

At the threshold of youth Narendra had to pass through a period of spiritual crisis when he was assailed by doubts about the existence of God.

Narendra went to meet Sri Paramhansa Ramakrishna who was staying at the Kali Temple in Dakshineshwar. He straightaway asked the Master a question which he had put to several others but had received no satisfactory answer: “Sir, have you seen God?” Without a moment’s hesitation, Sri Ramakrishna replied: “Yes, I have. I see Him as clearly as I see you, only in a much intenser sense.”

Apart from removing doubts from the mind of Narendra, Sri Ramakrishna won him over through his pure, unselfish love.

One was the sudden death of his father in 1884. This left the family penniless, and Narendra had to bear the burden of supporting his mother, brothers and sisters.

The second event was the illness of Sri Ramakrishna who was diagnosed to be cancer of the throat.

Narendra joined the group as its leader (formation of the new monastic Order as dictated by Sri Ramakrishna) New monastic order was based on the spirit of renunciation and brotherly love for one another.

Under the leadership of Narendra, fellow disciples of Sri Ramakrishna formed a new monastic brotherhood, and in 1887 they took the formal vows of sannyasa, thereby assuming new names. Narendra now became Swami Vivekananda.

So in the middle of 1890 Swamiji left Baranagar Math and embarked on a long journey of exploration and discovery of India.

During his travels all over India, Swami Vivekananda was deeply moved to see the appalling poverty and backwardness of the masses.

He was the first religious leader in India to understand and openly declare that the real cause of India’s downfall was the neglect of the masses.

One thing became clear to Swamiji: to carry out his plans for the spread of education and for the uplift of the poor masses, and also of women, an efficient organization of dedicated people was needed , so he founded the Ramakrishna Mission.

The decision to attend the Parliament of Religions

It was when these ideas were taking shape in his mind in the course of his wanderings that Swami Vivekananda heard about the World’s Parliament of Religions to be held in Chicago in 1893. His friends and admirers in India wanted him to attend the Parliament.

He too felt that the Parliament would provide the right forum to present his Master’s message to the world, and so he decided to go to America. (With the funds partly collected by his Chennai disciples and partly provided by the Raja of Khetri, Swami Vivekananda left for America from Mumbai on 31 May 1893.)

Another reason which prompted Swamiji to go to America was to seek financial help for his project of uplifting the masses.
Swami Vivekanada wanted to have an inner certitude and divine call regarding his mission. Both of these he got while he sat in deep meditation on the rock-island at Kanyakumari

( Now Vivekananda Rock Memorial is a popular tourist monument in Vavathurai, Kanyakumari, India. It was built in 1970 in honour of Swami Vivekananda who is said to have attained enlightenment on the rock)

The Parliament of Religions and After

His speeches at the World’s Parliament of Religions held in September 1893 made him famous as a ‘Messenger of Indian wisdom to the Western world’.

After the Parliament, Swamiji spent nearly three and a half years spreading Vedanta as taught by Sri Ramakrishna, in the eastern parts of USA and in London.

He returned to India in January 1897 and delivered a series of lectures in different parts of India, which created a great stir all over the country. Through these inspiring and profoundly significant lectures Swamiji attempted to do the following:

Soon after his return to Kolkata, Swami Vivekananda accomplished another important task of his mission on earth. He founded on 1 May 1897 a unique type of organization known as Ramakrishna Mission, in which monks and lay people would jointly undertake propagation of Practical Vedanta, and various forms of social service, such as running hospitals, schools, colleges, hostels, rural development centres etc, and conducting massive relief and rehabilitation work for victims of earthquakes, cyclones and other calamities, in different parts of India and other countries.

In early 1898 Swami Vivekananda acquired a big plot of land on the western bank of the Ganga at a place called Belur to have a permanent abode for the monastery and monastic Order originally started at Baranagar, and got it registered as Ramakrishna Math after a couple of years.

Here Swamiji established a new, universal pattern of monastic life that adapts ancient monastic ideals to the conditions of modern life, which gives equal importance to personal illumination and social service, and which is open to all men without any distinction of religion, race or caste.

It may be mentioned here that in the West many people were influenced by Swami Vivekananda’s life and message. Some of them became his disciples or devoted friends. Among them the names of Margaret Noble (later known as Sister Nivedita), Captain and Mrs Sevier, Josephine McLeod and Sara Ole Bull, deserve special mention.

Nivedita dedicated her life to educating girls in Kolkata.

Swamiji had many Indian disciples also, some of whom joined Ramakrishna Math and became sannyasins.

New Understanding of Religion : One of the most significant contributions of Swami Vivekananda to the modern world is his interpretation of religion as a universal experience of transcendent Reality, common to all humanity.

New View of Man : Vivekananda’s concept of ‘potential divinity of the soul’ gives a new, ennobling concept of man.

Swamiji has laid the foundation for ‘spiritual humanism’, which is manifesting itself through several neo-humanistic movements and the current interest in meditation, Zen etc all over the world.

New Principle of Morality and Ethics : The prevalent morality, in both individual life and social life, is mostly based on fear – fear of the police, fear of public ridicule, fear of God’s punishment, fear of Karma, and so on. The current theories of ethics also do not explain why a person should be moral and be good to others. Vivekananda has given a new theory of ethics and new principle of morality based on the intrinsic purity and oneness of the Atman. We should be pure because purity is our real nature, our true divine Self or Atman. Similarly, we should love and serve our neighbours because we are all one in the Supreme Spirit known as Paramatman or Brahman.

Bridge between the East and the West : Another great contribution of Swami Vivekananda was to build a bridge between Indian culture and Western culture. He did it by interpreting Hindu scriptures and philosophy and the Hindu way of life and institutions to the Western people in an idiom which they could understand. He made the Western people realize that they had to learn much from Indian spirituality for their own well-being. He showed that, in spite of her poverty and backwardness, India had a great contribution to make to world culture. In this way he was instrumental in ending India’s cultural isolation from the rest of the world.

Swamiji has also taught Indians how to adapt Western humanism (especially the ideas of individual freedom, social equality and justice and respect for women) to Indian ethos.

Swamiji’s most unique contribution to the creation of new India was to open the minds of Indians to their duty to the downtrodden masses.

Long before the ideas of Karl Marx were known in India, Swamiji spoke about the role of the labouring classes in the production of the country’s wealth.

He was the first religious leader in India to speak for the masses, formulate a definite philosophy of service, and organize large-scale social service.

Identity: It was Swami Vivekananda who gave to Hinduism as a whole a clear-cut identity, a distinct profile. Before Swamiji came Hinduism was a loose confederation of many different sects.

Unification: Before Swamiji came, there was a lot of quarrel and competition among the various sects of Hinduism.

Defence: Another important service rendered by Swamiji was to raise his voice in defence of Hinduism. In fact, this was one of the main types of work he did in the West because Christian missionary propaganda had given a wrong understanding of Hinduism and India in Western minds.

Meeting the Challenges: At the end of the 19th century, India in general, and Hinduism in particular, faced grave challenges from Western materialistic life, the ideas of Western free society, and the proselytizing activities of Christians. Vivekananda met these challenges by integrating the best elements of Western culture in Hindu culture.

New Ideal of Monasticism: A major contribution of Vivekananda to Hinduism is the rejuvenation and modernization of monasticism.

Some Quotes for Essay, Ethics and Life in General

Other days of National importance