Remove China Apps, an Android app that claims to identify China-made apps on your Android phone and remove them, has gone viral in India. The app is currently at the top spot of Google Play’s top free apps list and it has been downloaded by over 10 lakh users since its launch on May 17. This development comes at a time when anti-China sentiment is high in the country, sparked by the novel coronavirus pandemic, India-China border dispute, and more. Another app playing on similar sentiments – Mitron – has also gained traction over the last several days and is being touted as an alternate to TikTok. 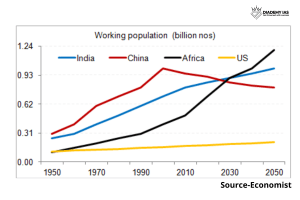 Challenges of Demographic Dividend in India

Certain government initiatives by the Government of India to take advantage of Demographic Dividend in India are as follows: