Context: Nobel Physics Prize for research into what the Nobel committee called “one of the most exotic phenomena in the universe, the black hole”, was recently announced.

Fig. Getting the first picture of a black hole required connecting radio observatories spanning almost the entire globe in a network called the Event Horizon Telescope.

Context: Zoological Survey of India (ZSI), a subordinate organization under Ministry of Environment, Forest, and Climate Change has signed a Memorandum of Understanding (MoU) with International Barcode of Life (iBOL), a Canadian not-for-profit corporation.

Context: Emmanuelle Charpentier of France, Jennifer Doudna of USA share Nobel Prize for the chemistry of CRISPR, which allows scientists to ‘cut-paste’ inside a genetic sequence. This has a variety of potential uses, but also raises ethical concerns.

Context: The Union Cabinet has approved the ratification of seven (7) chemicals listed under Stockholm Convention on Persistent Organic Pollutants (POPs).

Importance of Cotton in Indian economy

Growing conditions and areas under cultivation

Concentration of Cotton Industry in India 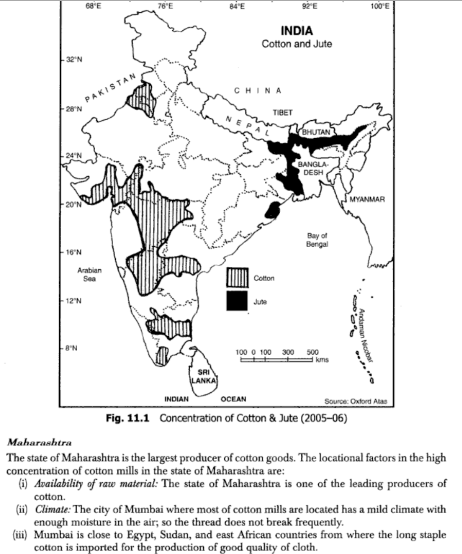 Context: The passage of the three Farm Acts by Parliament has led to a constitutional debate.

Does the Union government have the authority to legislate on what are rightfully the affairs of States?

Options for the state