B) Science and Technology, Defence, Space

2.Kerala on alert after bird flu in two districts (TH) 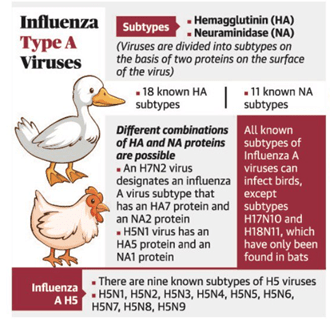 How does avian flu spread in birds?

(H) and neuraminidase (N) form the viral coat of the H1N1 influenza viruses.

4.Prevention of Cruelty to Animals Act, 1960 and Animal Welfare Board (TH)

Salient features of the Prevention of Cruelty to Animals Act, 1960

Some important Functions of the Board

Funds of the Board shall consist of:

8.Tenth Schedule of the Constitution for Defection (TH)